NEW YORK (JTA) — First the good news: There are a lot more Jews in America than you may have thought — an estimated 6.8 million, according to a new study.

The data on Jewish engagement come from the Pew Research Center Survey of U.S. Jews, a telephone survey of 3,475 Jews nationwide conducted between February and June and released on Tuesday.

The population estimate, released Monday, comes from a synthesis of existing survey data conducted by the Steinhardt Social Research Institute and the Cohen Center for Modern Jewish Studies at Brandeis University.

While the estimate is likely to be a matter of some debate by demographers and social scientists, it is the Pew study that offers an in-depth portrait that may influence Jewish policymaking for years to come.

Among the more notable findings of the Pew survey:

* Far more respondents said having a good sense of humor was essential to their Jewish identity than observing Jewish law — 42 percent compared to 19 percent.

* Approximately one-quarter of Jews said religion is very important in their lives, compared to 56 percent among Americans generally.

Among Jewish denominations, the Reform movement remains the largest with 35 percent of respondents identifying as Reform. The second-largest group is Jews of no denomination (30 percent), followed by Conservative (18 percent) and Orthodox (10 percent).

As with other studies, the Pew study found that the Orthodox share of the American Jewish population is likely to grow because Orthodox Jews tend to be younger and have larger families than Jews generally.

In addition, while past surveys showed about half of respondents raised as Orthodox were no longer Orthodox, the Orthodox retention rate appears to be improving, with just a 17 percent falloff among 18- to 29-year-olds.

Most denominational switching among American Jews, however, remains in the direction of less traditional Judaism.

Among inmarried Jews, 96 percent are raising their children as Jews by religion (as opposed to ethnicity), compared to 45 percent among intermarried Jews.

On Jewish observance, some 70 percent of respondents to the Pew survey said they participated in a Passover seder in 2012 and 53 percent said they fasted for all or part of Yom Kippur that year. The numbers represent declines from the 2000-01 National Jewish Population Survey conducted by the Jewish Federations of North America, which found seder participation rates at 78 percent and Yom Kippur fasting at 60 percent.

While most of those surveyed by Pew said they felt a strong connection to Israel, and 23 percent reported having visited the Jewish state more than once, the respondents expressed significant reservations about the current Israeli government’s policies vis-a-vis the Palestinians. 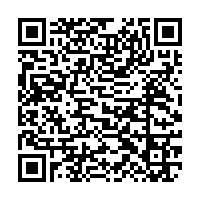