It’s taken him 40 years, but last week Shimon Pepper finally returned the library book, “While Six Million Died,” by Arthur Morse, which was due June 19, 1971, the Fall River, MA Herald News reported. By Pepper’s own estimation, at 2 cents a day (at the 1971 rate, now it’ll cost you a flat dime per day) he owed $271 in fines.

Pepper said the book would turn “up now and then” around the house, which is in New York these days, and the family would joke about the fact that he never manages to return it.


Meanwhile, children in Fall River had to go without this cornerstone work setting the record straight on the war against the Jews.

“I saw it last night and said ‘This is the time,” said Pepper, a Fall River native who graduated high school in that town back in 1968. In fact, last week he came back to Fall River, to rescue Torah scrolls and some sacred books from the former synagogue on Robeson Street.

“While Six Million Died” accuses President Roosevelt of failing to save many Jews.

According to the Herald, on the back of the book, near the due date, the fine print states that loss of the book is punishable by a $50 fine. So Pepper decided to donate $50 to the Fall River Public Library.

In fact, Administrator Clark noted that back in 1971 the library didn’t use bar codes. “There’s no way we would have been able to track you down,” she admitted.

That library inspector on the Seinfeld show was right – society is falling apart, and the first sign is how easy we go on folks harboring overdue books.

I say, throw the book at them! 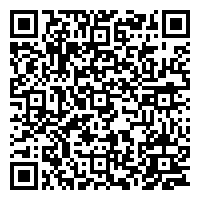