In a wide-ranging interview with JewishPress.com, Yachad candidate Baruch Marzel revealed several surprising facts. Most significant was that there is more to this candidate than the “extremist” label which, according to most of the media, constitutes his entire bio. For example, Marzel is a stalwart defender of free speech: he thinks Arab Knesset member Haneen Zoabi should be able to say whatever she wants. He is opposed to enforcing religious observance; and more than a third of his supporters don’t even cover their heads.

Marzel is number four on the list of the new Yachad party. When this party was formed earlier this year, Marzel replaced popular right wing politician Dr. Michael Ben-Ari, for whom Marzel served as parliamentary assistant for several years. Yachad is the combination of the National Religious, Haredi and Traditional factions of Orthodox Jews.


Yachad’s polling numbers have been hovering just around the level needed to have a seat in the Knesset, but in a coalition government, every party that makes it above the threshold has the potential to become a power-broker.

JewishPress.com was particularly interested in learning whether Marzel is, as widely and conclusively described, a two-dimensional religious fanatic who hates everyone else, and whether the Yachad party has anything to offer to someone who doesn’t wear a black hat (or isn’t married to a wearer of same)? We learned the answers to those two questions are no and yes, respectively.

First, the religious question: under a Marzel regime, would anyone but observant Jews be welcome in Israel? The answer to that was a quizzically delivered yes. First big surprise: “about thirty to forty percent of my supporters don’t even wear a kippah,” says this Boston-born Jew with a full reddish-turning grey beard.

What he says he wants “is to fulfill the 2000 year old dream of building a Jewish state.” But he does not believe in enforcing religion — that, he says, misfires. The example he gave was the legislation introduced during the last Knesset requiring the charedim to register for the IDF draft. “The result is that there are fewer charedim in the army now that it is mandatory.” The same, he says, would be true if you enforce religion, the opposite will happen.”

What Yachad opposes is enforcing religious observance on Jews. What it favors is having the Jewish State enforce rules that will allow all Jews to observe Shabbat. And, he pointed out, “we have to show the people how nice Shabbat is, if they really try it, wow! It’s special.”

Surprisingly, this led to a discussion of economics. The explanation Marzel gave for supporting government-required commercial enterprise to be closed on Shabbat is that, “otherwise it is the poor people who suffer.” Why? “Because the rich owners of businesses can stay home if they want on Shabbat, they don’t have to work,” but it is always the poorest who will be forced to work on Shabbat — they will be forced to break Shabbat in order to survive.

“Socialism is bad, capitalism is bad,” Marzel responds to a question about what kind of market system the Jewish state should have.  “But we have Judaism, that is the system. I’m not against having a successful market, but you can never, never, never forget the poor Jew. A leader who does not see the poor cannot be a leader.”

What about the educational system? During the last knesset the Yesh Atid party, in particular, focused on requiring charedi schools to include more secular subjects. Marzel and Yachad, however, see the problem quite differently.

“I’m not against learning math,” Marzel explained, but what he finds disastrous is that, in his view, most Israelis complete 12 years of study without knowing anything about their Jewish history, their culture. “First you have to know who you are, where you came from and where you have to go,” he said. 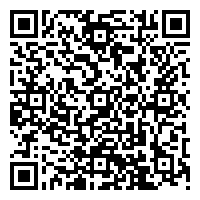