Media reports on the decision being reached in the Knesset committee examining alternatives to the Tel law, have brought about an unexpected collaboration between the Lithuanians moderates and the more extremist HaEdah HaHaredit to fight drafting young Haredi men into the IDF. At 4:45 Monday morning, thousands demonstrated in Jerusalem’s “Shabbat Square” in protest against curbing draft exemptions for Yeshiva students.

The assembly of at least 2000 began by saying Slichot, led by Rabbi Yaakov Chanun, who is the baal tefilah at the Munkatch beit Midrash on the High Holidays.


The assembled repeated chapters of Psalms, verse by verse, and sat down on the ground in mourning just as Jews do on the day of Tisha B’Av.

In recent days it appeared that the planned demonstration would remain within the sector of the Edah HaHaredit, which is considered the most extreme and conservative in the ultra-Orthodox community. But on Sunday it was announced that Rabbis Shmuel Halevi Wosner, an esteemed Hassidic posek, and Lithuanian Rabbi Chaim Kanievsky had signed a Call to join the protest.

Rabbi Shmuel Auerbach and other rabbis have joined the call to demonstrate.

The original ad published by Haeda HaHaredit stated that “we are prepared with the utmost devotion to fight for the integrity of our holy Torah and not sacrifice any one from Israel to the military Molech.”

The Molech was a biblical idol in front of which parents burned their children.

For a response to this event, see Felafel on Rye. 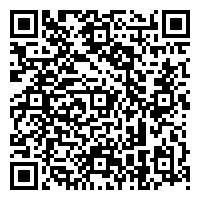