At a press conference Monday evening, Mayor Michael Bloomberg offered a sympathetic reaction to reports that a gunman killed four people at a Jewish school in France, and linked it with the NYPD’s out-of-state surveillance efforts, Capital New York reports.


After prodding by a reporter from the Village Voice, referring to arrests made by NYPD officers of Occupy Wall Street demonstrators, Bloomberg said the police “keep us safe, and next time you walk by a police officer, say Thank you, Sir, because your right to ask this question is protected by that man or woman.”

“We are in compliance with all the laws as far as we can tell,” Bloomberg responded, adding that “everybody’s got a right to write a letter.” He said polling showed people approved of the practice.

Dumbing down the ‘Jewish Nobel Prize’ 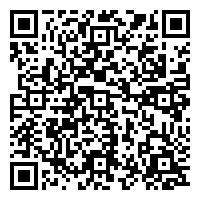