The world is full of people without a sense of humor, as was discovered recently by Vanya Heiman, Anat Vershovsky and Amit Shimoni, all students from the “Bezalel” Academy of the Arts, who created the clip “Der Mensch” for the Visual Communication Department at the Academy. It was only supposed to be a genre exercise…

They did not expect the angry reactions the clip received from some Haredim.


“They make us look like murderers,” rages Menachem Kolditzki, editor of the ultra Orthodox anashnews.net.

The “Fistful of Dollars” inspired video clip shows a young man in classic Haredi garb who is sent to liquidate a husband who refuses to give his wife a get. Eventually the Clint Eastwood-gone B’nei Brak pulls out a gun and fires two shots into his victim.

“I was shocked from the start,” says Kolditzki to Ynet. “I think this is a wild incitement and the video is exactly the antithesis of the Haredi sector from which I come.”

Kolditzki demands that the artists use their skills and make a movie with a positive message about Haredim. 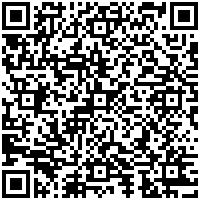