(JNi.media) Jewish and Arab Mayors in northern Israel have called on Prime Minister Netanyahu and Palestinian Authority Chairman Mahmoud Abbas to take action to reduce tensions, while riots and stabbing attacks have continued throughout the Shabbat.

In Ma’alot-Tarshiha, a mixed city of Arabs and Jews in northern Israel, some 12 miles from the coast, Mayor Shlomo Bohbot told a special broadcast of Israel Radio that the mayors are planning to hold a joint conference to call for peace between Jews and Arabs in Israel.


Three policemen were injured in a stabbing attack in Jerusalem’s Old City near Shechem Gate Saturday afternoon, one critical and two moderate. The officers wanted to detain a 19-year-old Arab from the Shuafat refugee camp who raised their suspicion, and when they approached him he pulled out a knife and stabbed two of them. Other police officers fired and killed the perpetrator, but also seriously injured one of their own. The three wounded policemen were rushed to Hadassah Ein Kerem and Shaare Zedek Hospitals.

On Saturday morning two Jews were stabbed, also in the Old City, one was moderately, the other lightly. The terrorist who stabbed them was shot and killed.

At a road junction between Ramallah and Beit El, Arab rioters on Saturday evening burned tires and threw Molotov cocktails and stones at IDF soldiers. The soldiers responded with riot control measures, and several Arab injuries have been reported.

In the Gaza Strip rioting resumed on Saturday and dozens of Arabs threw stones at IDF forces near the border east of Shuja’iyya. The IDF responded by firing tear gas and riot control measures, killing two Arab youths ages 13 and 15. On Friday, six Arabs were killed and 145 injured when the IDF opened fire on a riot staged by the border fence east of Gaza City, near Khan Younis. An Israeli army spokesperson said that 200 Palestinians approached the security fence, hurling rocks and rolling burning tires at the Israeli force, and the IDF responded with live fire at the main instigators.

Dozens of Arabs rioted in Hebron on Saturday at Policeman Square, and threw stones at IDF soldiers. There were no injuries. On Saturday afternoon in the Hebron area local Arabs held the funerals of two terrorists who had been shot to death in recent days after stabbing attackss on Jews in Kiryat Gat and Kiryat Arba.

On Friday, police shot at a terrorist in A-Tur, Jerusalem, who was carrying a Molotov cocktail. He was wounded in his leg, but escaped with the help of Arab residents who had gathered in the area. Police arrested two youths on suspicion of throwing stones. Stones were thrown at police in the Old City of Jerusalem, and the riot was dispersed without injuries or arrests.

Also on Friday night: the IDF reported that a rocket was fired from the Gaza Strip, landing in an open area in southern Israel. 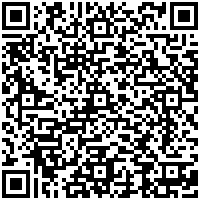