(JNi.media) The geologist behind Israel’s offshore natural gas field discoveries, Yossi Langotsky, told the Knesset Economic Committee on Monday, July 6, 2105, that “it is forbidden to export gas from the Tamar [gas field] to Egypt before the Leviathan [field] is connected —are you mad?”

The committee is reviewing the government’s proposal on a deal with the gas producers. The Knesset appears split between those urging the signing of a mediocre deal, giving the producers some advantages, but at the same time ending the 5-year delay in getting the off-shore energy over to Israel—and those who insist the gas producers could make a better offer that would result in significantly reducing the average Israeli’s energy costs.


Langotsky conceded that “all the security experts have decided that, for security reasons, we should export the gas to Egypt.”

“But it is stupidity, and national irresponsibility,” he protested, citing Former Shell president John Hofmeister, who warned in a Globes interview in June that “for the sake of Israel’s security, it should keep the natural gas it has found in the country, and convert everything it can to operate on gas.”

Hofmeister cautioned further: “Israel has many enemies and no oil. What will happen if an embargo imposed on it? If you think someone will come to the rescue, think again.”

Langotsky told the committee that the gas companies “are inherently thuggish. They want to maximize profits, it is their goal. But the state of Israel? Are you stupid? If, God forbid, something should happen to the Tamar field, or the pipe—sure, there will be a commission of inquiry to decide who’s at fault, but what good would it do us? ”

Langotsky, who for more than 10 years has been the driving force behind the off shore gas project, has been drilling the Promised Land for more than 40 years. And he knows all about thuggish gas companies — he spent several years fighting in arbitration to finally get his share in the discovery, in late 2011, about $100 million, give or take. 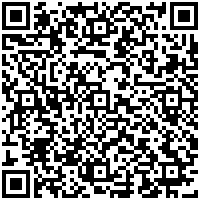