(JNi.media) Michigan Jewish Institute, a religious college with offices in Southfield and West Bloomfield, Michigan, is at the center of a federal investigation. MJI is closely affiliated with the Michigan State Chabad-Lubavitch organization through Rabbi Kasriel Shemtov, MJI’s president, and Dov Stein, MJI’s director of academic administration.

WXYZ 7 Action News has confirmed that federal agents executed a search warrant at the Michigan Jewish Institute on Tuesday.


The Office of the Inspector General for the Department of Education told 7 Action News the raid came in connection to their own investigation.

According to an eyewitness who spoke to the Forward, some 15 federal agents raided the MJI’s administrative offices in Southfield, a suburb of Detroit, Tuesday morning. The agents led the employees into a conference room, took their personal details and sent them home. Then agents brought boxes into the building on a hand truck.

The Michigan Jewish Institute issued the following statement on Wednesday:

Michigan Jewish Institute has provided educational opportunity and career pathways for thousands of students over many years, and we are proud of our accomplishments.

MJI is cooperating fully with the federal authorities. We are continuing operations as normal. We remain committed to our students who rely on the Institute, and we appreciate the dedication of our nearly 100 faculty and staff who are focused on our students.

We will not be providing any further comments until we have more information.

Established in 2004, with 300 students, MJI today boasts more than 2,000 students, the vast majority of whom participate in the school’s distance learning program, many of them overseas.

As US citizens, MJI students may claim financial assistance under the Federal Pell Grant Program, which offers up to $5,730 per student annually.

The school website encourages applicants to check whether they are entitled to a government grant, a practice of just about every US college.

At this point, the FBI appears to have cast a wide net in the hope of finding incriminating evidence, and so speculations regarding the reason for the raid are just that. The Forward, which covered the school back in 2012, is suggesting the feds were concerned MJI was pulling a scam, signing up students who were not real graduation prospects.

Or, a more likely explanation, is that this could be a management and supervision issue.

One Chabad official who spoke to JNi.media on Wednesday commented on one part of the Forward story, that described the difficulties the school had experienced in receiving its accreditation; the official argued that this is not unusual for minor colleges, which face more academic scrutiny. 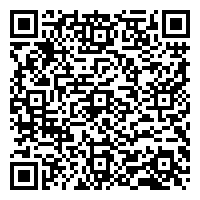