Speaking to NRG, MK Zahalka warned that he expel every Jew who goes near the Al Aqsa Mosque. “We came to protest the desecration of Al-Aqsa mosque by extremist Jewish groups. This is a mosque belonging to the Muslims, there is no reason to change the status quo to allow Jewish prayers on the Mount. I will personally expel every Jew who comes to the Temple Mount in a provocative manner,” he said.

Zahalka added that “I met with Chairman Abbas, I was with King Abdullah of Jordan, and the president of Turkey Tayyip Erdoğan, and we discussed this important issue which constitutes a real danger to regional stability. There is great anger in Muslim society about the harm to Al Aqsa Mosque, which in the State of Israel they’re not aware of and do not feel it.”

In the video, Zahalka faces police on the Temple Mount while Jewish visitors are present and shouts “Criminals, lunatics, go to hell.” He tells a policeman who tries to remove him: “Even you have no place here.”

Zahalka said that despite his protest, he is not against Jewish tourists visiting the Temple Mount. “There are hundreds of tourists who visit Al Aqsa and we don’t check whether they are Jews or Christians. As long as it is innocent tourists, we have no problem with that, but there should be no Jewish worshipers at Al-Aqsa. We will not let that happen.”

On Tuesday morning, police allowed the entry of one group of religious Jews at a time into the Temple Mount compound, with dozens waiting in line outside. But visitors without identifying religious Jewish articles of clothing were allowed to enter without restriction. Eventually, police blocked entrance to the compound and asked the people waiting outside to leave the area.

During the first day of the Sukkot holiday, Monday, Arabs attacked Jewish visitors who were on their way to attend holiday prayers at the Western Wall. Multiple videos have shown ultra-Orthodox and national-religious Jews, many of them children, being harassed by dozens of Arabs, mostly women, who yelled at them, “Allahu Akbar.” 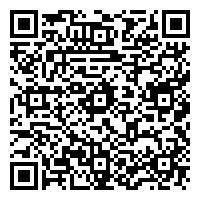