(JNi.media) Egyptian President Abdel-Fattah El-Sisi’s office announced on Monday that the translation of the president’s interview with the Associated Press on Saturday on the peace process and relations between Arab countries and Israel was not accurate, Al Ahram reported Tuesday. According to the AP, on Saturday night El-Sisi said that Egypt’s 40-year-peace with Israel should be expanded to include more Arab countries—while resolving the Palestinian issue. “Efforts should be renewed to solve the Palestinian issue and expand Egypt’s nearly 40-year-peace with Israel to include more Arab countries,” he was quoted as having said.

But Alaa Youssef, a spokesperson for the Egyptian president, responding to questions by Egyptian journalists in New York, said that El-Sisi spoke about reaching a complete peace solution in the Middle East and how it would be positive for all the people in the region.


Youssef added that when the Egyptian president spoke about relations between Arab countries and Israel, he stressed that it would not happen except after a solution is reached to the Palestinian issue, and there’s a declaration of a Palestinian state according to the 4 June 1967 borders, with East Jerusalem as its capital.

The official spokesperson added that only establishing a Palestinian state would create a new reality that would allow the peace between Egypt and Israel to expand into other Arab countries. The 2002 Arab Peace Initiative calls for Israel’s withdrawal from the Palestinian territories in exchange for full normalization of ties between Israel and the Arab world.

El-Sisi’s quotes were later understood in the Arab media as if the Egyptian president was calling for the expansion of the peace treaty between Egypt and Israel to include other Arab countries, Al Ahram reported. 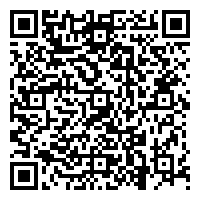