Moshe Kachlon, the former Likud minister who busted the mobile phone oligarchy in Israel, announced on Sunday he is forming a new party to run in the next scheduled elections in 2017, assuming the current coalition holds together that long.

Kachlon resisted appeals from Prime Minister Binyamin Netanyahu to run again in the previous elections a year ago. The former minister of communications won wide popularity by allowing mobile phone competition, which has brought user rates down by 90 percent.

His new party will be based on a  social-economic platform, the badge of the Labor party that has consistently disappointed its supporters by concerning itself more with intra-party strife than its platform. Labor, unlike Kahlon’s new party, also has been saddled weighed down with an obligation by tradition to oppose a strong Jewish presence in Judea and Samaria.

Kachlon’s support also will come from many who voted for Yair Lapid’s Yesh Atid party, which so far has done little to fulfill its promise of being the champion of the middle class. 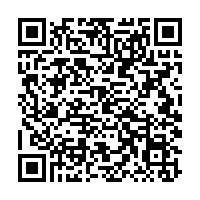