Human rights organizations consider confiscating passports belonging to expatriate employees a gross violation of human rights, concedes a recent Saudi Gazette report. However, Many Saudi citizens fear that if they let their employees keep their identity papers with them they would effectively be giving them the green light to run away and disappear.

“This issue has been the topic of an ongoing debate in Saudi society with no final solution in sight,” according to the Saudi Gazette.


Dr. Suhaila Zain Al-Abideen, a human rights activist and a member of the Shoura Council (can one really be both?) opposes the idea of giving expatriate workers their identity papers. “Whenever the expat worker has his papers with him, he may not hesitate to escape whenever he has the chance,” she said.

An estimated 7 million foreign workers live in Saudi Arabia. They began migrating there after oil was discovered in the late 1930s. Initially, the immigrants comprised Arab and Western technical, professional and administrative personnel, but later a substantial number of migrants came from Southeast Asia.

Saudi Arabia is dependent on foreign labor, some still occupying technical positions, most employed in agriculture, cleaning and domestic service. The hierarchy of foreign workers is often dependent on their country of origin; workers from Arab and Western countries generally hold the highest positions not held by Saudis, and the lower positions are occupied by persons from Africa, the Indian subcontinent, and Southeast Asia.

All visitors to Saudi Arabia must have a sponsor, which is usually arranged months in advance, often through employment agencies. Saudi Arabia does not recognize the Universal Declaration of Human Rights, which states “Everyone has the right to leave any country, including his own.” The Saudis require foreign workers to have their sponsor’s permission to enter and leave the country, and deny exit to those with work disputes pending in court.

Sponsors confiscate passports while workers are in the country, as well as the passports of an employee’s family members.

Like the slaves in Harriet Beecher Stowe’s Uncle Tom’s Cabin, foreign workers are considered runaways and subject to arrest as soon as they leave their place of employment without their sponsor’s permission.

“Human rights activist” Al-Abideen also warns that housekeepers might commit a crime inside the household they are working in or steal some items before running away. She says that expatriate workers could move freely inside the country or travel to their home countries if they have their identity papers with them. Who could afford to let something like that happen? freedom of movement for foreigners? What will they think of next?

“Many of the house helps come to our country with the sole purpose of stealing and running away,” Al-Abideen says.

The Saudi Gazette article, sub-headlined “What will happen when you allow your employee to keep his identity papers”, cites two examples of Saudi-employed drivers who left their job and took the owner’s car with them. Both cars were later retrieved, according to the report.

Fatima Al-Qahtani said her driver was asking her to give him his identity papers as his friends were ridiculing him because they were allowed to keep their documents. She said she gave him his papers and his performance had immediately improved after this. However, things did not end well.

“One day he drove me to a shopping mall and escaped with the car,” she said.

Al-Qahtani said a friend of hers had seen him in front of a medical clinic but he ran away before she could talk to him. “A few days later an Asian driver came to our house and gave my husband the car keys. My husband found the car at an underdeveloped locality. The car needed repair because it had been in a big accident. Both the driver and his Asian friend were nowhere to be seen,” she said.

The comments section following the Gazette article is fascinating:

Dear Sponsors
You are all concerned about runaway workers, but unable to believe about behaviors of yourselves with your employees. The line which says most of house helps just come here to steal & run away is totally rubbish. Please respect the international laws of humanity and behave properly with your employees and also treat them like human beings, you will find them loyal and respectful. Not each sponsor and each expat is an angel, but a human being needs to be treated like a human being. Give them their rights.

Sponsors Holding Back Workers’ IDs
Forcing the workers to stay with you by holding their passport is treating them as prisoners. The suicide rate of most domestic workers could have been averted if they were free to go. The law is a modern [form] of slavery. Saudi Arabian citizens have to change such a system. It is a shame to force a person to work as prisoner. 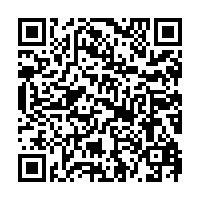