More than 140 people were injured this weekend when northeastern Japan was struck by a strong 7.3-magnitude (upper 6 on the Japanese scale) earthquake at 11:08 pm Saturday local time in parts of Fukushima and Miyagi prefectures.


The epicenter of the quake was about 55 kilometers (34 miles) beneath the ocean, according to the Japan Meteorological Agency.

The quake triggered a landslide, local officials said, but added that there were no major injuries and no immediate reports of a tsunami, unlike the 9.0-magnitude quake that struck the same area in March 2011.

The earthquake in Japan is upgraded from 7.1 to 7.3. Magnitude.
Nationwide 950,000 homes were without power due to power plants going offline.
No abnormalities have been found at the Fukushima 1 & 2 nuclear plants.
祈り ??#earthquake #fukushima #Japanpic.twitter.com/heqZ6KSKFu

The quake caused damage to numerous buildings and toppled the contents of shelves and closets in countless others. NHK aerial footage showed a portion of a highway blocked by a landslide in Soma, a city in Fukushima prefecture.

But unlike the massive quake of March 2011, there were no irregularities at the Fukushima Dai-ichi nuclear plant, where a decade ago there were meltdowns following the quake and tsunami that followed.

There were also no immediate reports of irregularities from other nuclear plants, such as Fukushima Dai-ni, or Onagawa, according to government spokesperson Katsunobu Kato.

Some 860,000 homes were without electricity, according to the Tokyo Electric Power Company, but power was gradually being restored, Kato said.

Speaking from his office, Prime Minister Yoshihide Suga said a crisis center was set up there as well, adding there were no reports of major injuries. “We will continue to respond, putting human lives first,” he told ABC News. The prime minister added that officials are preparing for potential aftershocks and more landslides, which could take place anywhere up to a week. 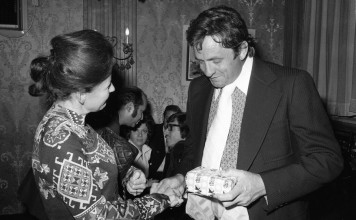