The student population in New York City Jewish day schools and yeshivot has broken the 100,000 ceiling, according to data released by the New York State Department of Education covering grades K-12 for the 2015-2016 school year.

There are 101,120 students now enrolled in Jewish schools in New York City alone: 7.7 percent of the total student population in the city.


Other non-public schools in the city have enrolled a total 137,283 students.
Together, the two populations comprise 18 percent of the total New York City student population of 1,312,393 in grades K-12. 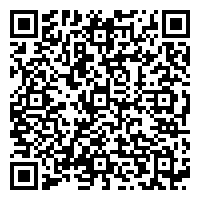