A Moroccan film on Jews who have abandoned the country for Israel has met fierce Islamist and left-wing protests but has survived charges that it is “Zionist propaganda” designed to encourage “normalization” with Israel.

In the film “Tinghir-Jerusalem: Echoes from the Mellah,” director Kamal Hachkar talks with people in villages about their memories of some of the 300,000 Jews who once lived in Morocco. He also flew to Israel to speak with former Moroccans, recording their native accents that helped him win over suspicious natives when he showed the film back home, the Associated Press reported.


“It tells the story of a forgotten part of Morocco’s history, a history that is not taught at school,” Hachkar told the news agency. “My goal is to tell the human story and to defend the plurality of Moroccan history and identity.”

Although the reaction to the movie was far less extreme than what could have been expected had it had taken place in Egypt or any other Arab country, Islamist Party parliament member Mohammed Khiyi, said, “It’s not a matter of denying the history of Moroccan Jews nor attacking freedom of expression, but defending one of the principal foundations of the nation, which is to say, no to normalization with the Zionist entity.”

The film “is trying to do Zionist propaganda. The real Moroccan Jews were those which stayed in their country and were proud, not those the film tries to portray as victims of deportation to Palestine,” he added. 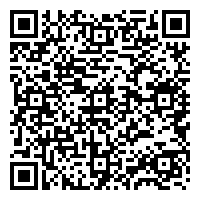