On Thursday, Sept. 24, Israel marked the 65th anniversary of the founding of the Mossad, Israel’s national intelligence agency.

Netanyahu spoke about the changing role of Israel’s intelligence challenges. He spoke of the need for Israel to be a major world power. Netanyahu also stated that in terms of cyber-power, Israel already is a major superpower.

The battle currently being waged within the Muslim world, Sunni (ISIS) against Shiite (Iran), does not mean that Israel gets a well-deserved break, because although they are fighting each other, neither accepts Israel’s existence in the Middle East.

The Israeli Prime Minister made a special point of subtly responding to his critics who claim Israel should be more conciliatory.

Netanyahu said: “There is one certain rule: No one makes a pact with the weak. The real defense of our country during its years of existence and the 65 years of the existence of the Mossad that we mark today, that is the power of the State of Israel. This is the power we cultivate.”

“What we have achieved in the past 100 years is nothing short of a miracle. But we also know that miracles are finite. The Almighty and history do not give them freely. We must create them time and again,” Netanyahu told the members of the Mossad, “And I rely on you to continue this work. I ask you to also thank your families that are burdened with this weight and to tell them in the name of the people and State of Israel: Thank you very much and may you all be blessed with a good year.”

The Director of the Mossad, Tamir Pardo, also alluded to the new threats facing Israel, but referred to the diverse capabilities within his agency as creating “one arrowhead that serves one measurable and qualitative purpose.” 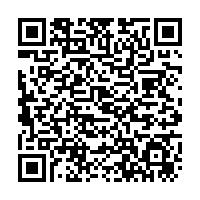