Samaria (TPS) – Eliav Gellman (28) was laid to rest on Wednesday night, February 24, just a few hours after he died during a stabbing attack at the Gush Etzion Junction earlier in the afternoon.

Nati Erenberg, a friend and neighbor of Eliav from Karmei Tzur in Samaria, described Eliav as an “amazing person” who was totally devoted to his family and children.

“Every free minute that he had from the army when he was still a soldier he would spend with his family and children. Everybody in the community knew that after 4 p.m. or 5 p.m., he would be outside with his children on the bike, or playing basketball or football. He truly gave all his time to his family,” Erenberg told Tazpit Press Service (TPS).

Erenberg described Eliav as a quiet, modest, and humble person whose actions and deeds demonstrated great strength and inspired all those who knew him.

“You wouldn’t hear him speak a lot, and anyone who knew what he did didn’t hear it from him because he didn’t speak about himself. But you would recognize his silent strength from how he was and from the positions he held in the army such as an officer in the paratroopers or as a company commander,” Erenberg said.

Erenberg added that the mood in the community was very unpleasant. “No one is talking, and everything is just so quiet. It is very hard for the people here. It is a huge blow, especially to his children.”

However, he told TPS that he wanted to emphasize the Gelmann family’s love for the IDF and the fact that they harbored no ill feeling for the army for the fatal mistake. “They understand the complexity of the situation.”

Reflecting on what had befallen the community, Erenberg said that he hoped that the residents could live by the values that guided Eliav throughout his life, adding that despite the difficulties that the community has endured in past attacks, the residents will not be deterred or frightened.

“We will continue to live with our beliefs that this land is ours. We won’t be scared. Our community has already suffered many tragedies, but we will go on and continue to have faith in the soldiers who protect us. We will only be strengthened by this. But at the same time, we will never ever forget the people who fell on the way,” he concluded.

Eliav is survived by his pregnant wife, Rinat, and by their two children, Yair and Yoav. He served as a captain in the IDF and ended his army service several months ago. He was planning to work in security and was on reserve duty during today’s attack. 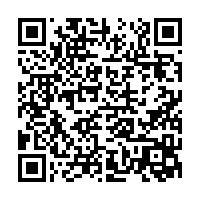