Four are dead, one critically wounded, and ten lightly wounded as a truck rammed into a group of soldiers near the promenade of Armon HaNatziv in Jerusalem just before 1:30 PM Sunday afternoon.

Three of the murdered are female soldiers, and the fourth is a male soldier. Thirteen more soldiers were wounded.


The soldiers were getting off a bus when the truck rammed into them. [Video: Warning Graphic]

Five of the wounded were taken to Hadassah Ein Karem; 3 in moderate condition, 1 serious, 1 lightly wounded.

The truck had Israeli license plates. The driver is from the Jerusalem neighborhood of Jabel Mukhaber.

There are conflicting reports as to who shot back at the truck driver, who has been neutralized and killed.

A bus driver waiting nearby saw the truck run over the soldiers, and then the soldiers opened fire, and the driver ran over them again.

Some reports indicate that the terrorist was shot and killed by the soldier’s civilian tour guide, other reports say the soldiers shot him.

Yakov Kaminetzki, a volunteer with United Hatzalah’s EMS ambucycle unit reported from the scene of the event: “When I arrived at the scene I saw a number of pedestrians who were run down by a large truck near the Armon Hanatziv Promenade.  Some of the pedestrians were unconscious and trapped underneath the vehicle. I requested that the dispatch and command center send additional assistance including fire and rescue services as well as additional EMS responders due to the large number of injured persons. Near the vehicle were a number of other pedestrians who had sustained various degrees of injuries some of whom were in serious and moderate condition.”

The Hamas terror group has praised the attack. 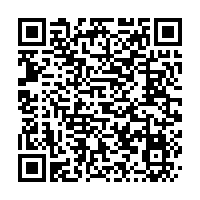