The Arab terrorist who was shot dead after driving a truck into a group of uniformed Israeli soldiers, killing four soldiers and injuring at least 13 Sunday afternoon, was Fadi Ahmad Hamdan al-Qunbar, 28, a released prisoner who lived in nearby eastern Jerusalem neighborhood of Jabal al-Mukabbir. He carried an Israeli “blue card” and an Israeli driver’s license.

Hamas released a statement in Arabic on social media, hailing the “heroic and brave truck attack in Jerusalem which comes as natural reaction to the Israeli occupation’s crimes.”


UN Special Coordinator for the Middle East Peace Process Nickolay Mladenov quickly reacted to the attack in a Tweet, saying: “My thoughts go out to victims of shocking #terror attack in #Jerusalem. Must be condemned by all. Absolutely no excuses, no justifications!”

Perhaps it’s time for the IDF to adopt the Russian Army’s rules of engagement. 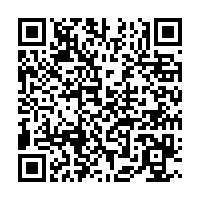