For nearly three weeks, international media outlets found it tough to relate to the abduction and murder of Eyal Yifrah, Gil-Ad Sha’ar and Naftali Fraenkel. To them, the story that seized Jews in Israel and abroad was an insignificant, if unhappy, story that was not worthy of front-page coverage.

What a difference a day makes: As of this writing , Britain’s BBC and Guardian websites, and American CNN, USA Today and ABC websites feature the murder of Muhammad Hussein Abu Khdeir this morning, plus extensive footage of the rioting. All mentioned the possibility that  the murder could have been a revenge attack for the triple homicide of the teenage “settlers,” but none mentioned the police’s primary avenue of investigation at the moment: A Palestinian honor killing related to the possibility that the victim was homosexual.


One can assume the difference in coverage was not motivated by anti-Semitism. Rather, song rallies and synagogue prayer services hardly make for good media. Burning tires look much better than praying Jews on the front page. 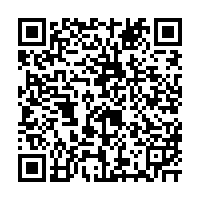