In response to Pamela Geller’s anti-Jihad ad campaign, The Muslim Public Affairs Council is joining with Columbia University’s Muslim Students Association to launch its own ad campaign “to showcase the Islamic principle of ‘repelling evil with what is better‘ (Koran, Ch. 23, Surah Muminoon, verse 96) .”

MPAC says its campaign will “call on New Yorkers to stand together in opposing bigotry and hatred,” in its effort “HeArt Over Hate: Repelling Bigotry through Art & Music.”  It’s a clever play on words, but while it looks to deliver on its promise to be repellent  what MPAC and the MSA will be showcasing is support for brutal hatred, torture and violence.

In his poem, “Danger,” Sulaiman lauds Fidel Castro, calls for the release of those in Guantanimo, and claims those on death row are as innocent as the judges who sent them there.

While Geller’s ads called for the defeat of jihad and support of Israel, MPAC’s headliner identifies with murdering Israelis:

Another member of the “HeArt Over Hate” event is hip-hop artist and activist Mazzi SoulPurpose. Mazzi fondly recalls the shouts of “Zionism is Racism” from a protest he participated in front of the United Nations in 1988.  He also said that based on what he observed on a trip to “Israel/Palestine”  what was happening “in Sderot, Ashqelon, & Haifa were extremely pale in comparison to what the settlers are doing in the West Bank.”

Columbia University’s Muslim Students Association is advertising its HeArt Over Hate program as one “that will bring together Muslim performers from all over the city for a common goal: to celebrate peace and pluralism over bigotry and extremism.”

Geller’s ads contain no language of violence, torture or murder.  The criticism of the anti-jihad ads is that they labelled those who support jihad as savages. Critics insisted that Geller was calling all Muslims savages.  Geller’s ad reads:

In a statement released on Thursday, October 17, MPAC president Salam Al-Marayati, who recently represented the United States at a global human rights conference in Warsaw, said “it is important we counter such ads with messages of peace that are the true representation of what we stand for as Muslims.”  Al-Marayati told a radio interviewer on September 11, 2001, that Israel should be on the list of suspects for those responsible for that tragedy.  In response to Geller’s ads, he said, “America needs leadership to rise above racism and bigotry.”

Many other community groups labelled Geller a hater for using the term “savage” in her ads.

“We believe the ads are highly offensive and inflammatory,” said Ron Meier, New York regional director of the Anti-Defamation League.  The Council on American-Islamic Relations called it “anti-Muslim hate,” Juan Cole called it “offensive,” Rabbi Rachel Kahn-Troster, a leader in Rabbis for Human Rights, “deeply misguided and disturbing.” Jewish Council for Public Affairs called it “Bigoted, Divisive and Unhelpful.” In a New York Times op-ed, The President for the Union of Reform Judaism called Geller’s ads, “wrong and repugnant.”  Rabbi Rick Jacobs also said their only purpose is to “incite hatred against Muslims.”

Here are the complete lyrics to Amir Sulaiman’s “Danger”

I am not angry; I am anger.
I am not dangerous; I am danger.
I am abominable stress, eliotic, relentless.
I’m a breath of vengeance.
I’m a death sentence.
I’m forsaking repentance,
to the beast in his hench men.

Armed forces and policemen
that survived off of oils and prisons until there cup runneth over with lost souls.
That wear over-sized caps like blind-folds
Shiny necklaces like lassoes
Draggin’ them into black-holes
And I may have to holla out to Fidel Castro
To get my other brothers outta Guantanamo
And the innocents on death row?
It’s probably in the same proportion to criminals in black robes
That smack gavels
That crack domes
That smack gavels
That smash homes

That is why I am not dangerous; I am danger
I am not angry, I am anger
I am abominable, stress, Eliotic relentless
I’m a death sentence
For the beast and his henchmen
Politicians and big businessmen

I’m a rape victim with a gun cocked to his cock, cock BANG! Bangkok! Now what?!

But we must learn, know, write, read
We must kick, bite, yell, scream
We must pray, fast, live, dream, fight, kill and die free! 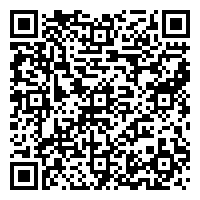