Israeli Arabs, Christians and Jews are no different when it comes to enjoying snow, which is always a holiday in Israel except for those in the Upper Golan Heights, where snow is a routine as sun in the summer.

But a snowball fight among Jews at the Western Wall Plaza is unimaginable. Even Haredim and women did not toss snow on each other on “white Friday,” which also was Rosh Chodesh, when Women of the Wall make their monthly pilgrimage to show they are different from Orthodox men who pray there every day.


Up on the Temple Mount’s Al Aqsa mosque compound the Muslims’ third holiest site, things were different, as seen in the video below.

Perhaps they simply were staying in shape to throw stones at Jews. 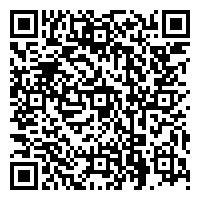