President Barack Obama is gearing up for a publicity blitz to undermine Prime Minister Binyamin Netanyahu’s visit to the United States and speech in Congress March 3, the Associated Press reported Friday evening.

The president’s advisers apparently have rejected an idea that Obama rebut Prime Minister’s speech that willow focus on the Iranian nuclear threat and the president’s softball approach towards Tehran.  A rebuttal could work in favor of Netanyahu, giving him press coverage that Obama wants to be negative. Obama might have a tough time proving that Netanyahu’s analysis is wrong.


The president has said he won’t meet Netanyahu because it is so close to elections in Israel that a meeting would be considered as interference in favor of him.

But interference is at the top of the agenda of the White House, which has made no secret that it would love to see an Israeli center-left coalition that endorses the “peace process” that even the Palestinian Authority has rejected but which remains has become a religious rite for Washington’s foreign policy gurus and their enthusiasts in Israel.

The Obama administration’s most obvious snubs of Netanyahu are its directing senior officials not to attend the speech and, so far, it’s not scheduling a leading name to speak at the annual AIPAC conference, which Netanyahu will address and which traditionally has been a political Super Bowl for Republican and Democratic candidates to outsmart each other in proving how much they love Israel.

The second-guessing is that President Obama will fulfill his political obligation by sending a third-level politician to speak. In 2012, the president address AIPAC but that was the year he was running for re-election. Biden appeared in 2013, and last year Kerry spoke.

Secretary of State John Kerry will be out of the country when Netanyahu speaks, but he hasn’t yet figured where to go. Ditto for Vice President Joe Biden, who will dutifully ditch his usual role of attending joint session of Congress, especially when a foreign leader is speaking.

Obama’s advisers have other tricks up their sleeves, according to the Associated Press.

The more that Obama can show that his relationship with the Netanyahu is bitter cold, the more the Herzog-Livni duo, which dubs their new merged parties as the “Zionist Camp, can win headlines by the eager Israeli establishment media that has gleefully sponsored the “Dump Bibi” campaign. 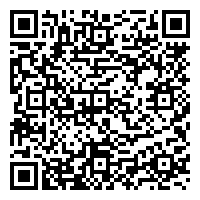