U.S. Secretary of State John Kerry told his British counterpart Phillip Hammond Saturday he is worried that the Palestinian Authority might go belly-up might be cause for Mahmoud Abbas to cease security coordination with Israel.

Hammon, like every other leader in the European Union,  also should be worried because a bankrupt Palestinian Authority would prove to the citizens in the European Union that their countries have thrown billions of dollars down the drain by keeping Abbas’ regime solvent.


The State Dept. has repeatedly said that Israel should resume turning over to the Palestinian Authority more than $100 million in tax revenues it collects each month on goods that are sent into Judea and Samaria.

The PA owes the Israel Electric Corp. hundreds of millions of dollars for electricity, which is reason enough to withhold the tax revenues. Israel always has resumed the payments until Abbas’ move last year to join the International Criminal Court.

Abbas has repeatedly threatened on different occasions and for different reasons to halt security coordination with Israel, a move that only would hasten the downfall of the Palestinian Authority. Without the help of the IDF, anarchy would reign, so no matter what Abbas does, he loses.

It’s true we’re very concerned about the continued viability of the Palestinian Authority if they do not receive funds soon, either in terms of the resumption of monthly Israeli transfers of Palestinian tax revenues or additional donor assistance….

If the Palestinian Authority ceases security coordination or even decides to disband, as they have said they may do as early as the first week of March if they do not receive additional revenues, we could be faced with a crisis that could gravely impact both the Palestinians and the Israelis with potentially serious ripple effects either – elsewhere in the region. 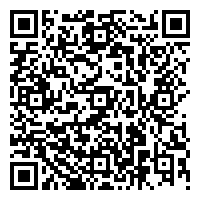