An employee that was hiding with my wife and daughter drive them to a nearby supermarket where we are reunited. Seeing them safe fills me with gratitude and gladness. The smaller children are thrilled to see their mother. Their tears end but, traumatized, they are not smiling.

We hear on the news that noone has been injured. We go back to the parking lot – police all around us – to retrieve my wife’s car and we return home in safety.


But how long will it be until the next shooting, and what will we finally do as a nation to prevent it?

As a boy of about nine I watched a police officer murdered right in front of me in Miami Beach, Florida. It was April 1st, April Fool’s Day, which ever since has been a day of trauma for me. I even took my wife and children to the spot where he died. I shall never forget the sound of the gunshot that echoed so loudly that it nearly broke my eardrums.

And now again I am traumatized by a shooting.

How many more will die before America finally wakes up? 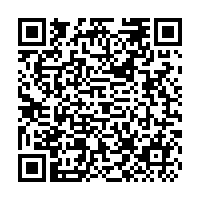