Pollak, a member of the Vishnitzer sect, defeated four candidates to win her race for the municipal council on Sunday in the Outremont borough. She garnered about 35 percent of the vote in a district that is home to an estimated 5,000 Chassidim.


Among the candidates she defeated was Pierre Lacerte, an anti-Hasidim blogger in Montreal.

Montreal has had Orthodox Jewish councillors but all have been men.

Pollak’s political aspirations were triggered two years ago when controversy erupted in her neighborhood over plans to expand a small Bobover synagogue. Tensions with non-Jewish neighbors already were running high over zoning, noise and congestion issues. She teamed with Leila Marshy, a neighbor who is of Palestinian origin, to found Friends of Hutchison — named for the street on which the synagogue was to be expanded — to promote dialogue between the haredi Orthodox Jews and francophones.

Her advocacy caught the attention of Alex Norris, a Projet Montreal party borough councillor from neighboring Mile-end, which also has a large Hasidic community.

“A number of us were impressed with her and Leila Marshy’s initiative,” Norris told The Tyee, an online magazine, after which he approached Pollak about running for office for his party.

Pollak is a volunteer for Chai Lifeline, which works with sick children and their families.

BDS Canada Gets Properly Told Off 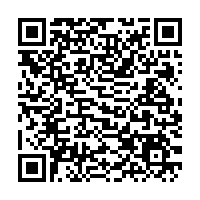