Below is the petition of support published on Friday in support of the Israel Security Agency (Shin Bet) investigations of the Jewish suspects in the arson-murder attack in Duma nearly three months ago.

The signatories include Rabbi Avichai Ronzki, former IDF combat officer and chief rabbi as well as head of the Itamar yeshiva in Samaria. Also signing the letter were Rabbi David Stav, the national relgiouis rabbi who ran for the post of Chief Rabbi of Israel but lost to Rabbi David Lau; and Efrat Chief Rabbi Shlomo Riskin.

We the undersigned rabbis reject and oppose with disgust every expression of hate and violence such as “price tag” directed towards Arabs.

We set that such activities are absolutely against the Torah of Israel and Jewish morality.

We call on rabbis and educators everywhere to continue and study the path of the Torah of Israel to their students.

We support the fighters of the ISA and all the security arms protecting our state, in plucking from the roots all expressions of Jewish terror. as this is crucial.

The names of those who signed are rabbis: 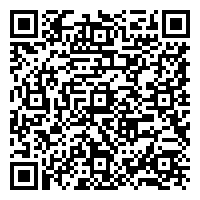