A major lawsuit was filed against Israeli airline EL AL for causing the collapse of HAS Advantage, a “support Israel” credit card with almost 30,000 members. The suit alleges that, planning to start its own US credit card, the Fly Card, EL AL acted to wipe out the local competition. HAS Advantage founder Zev Dobuler says his company lost as much as $10 million, as well as a decade of his life’s work.

In April of 2014, surprised HAS card members discovered that the points they were accumulating towards El Al flights were suddenly unapplicable.

According to Dobuler, EL AL breached multiple agreements with HAS, causing it eventually to collapse. He claims the Israeli airline unlawfully profited from HAS and illegally used HAS ideas and business models which were presented to them in anticipation of a joint venture.

On November 3, HAS submitted at the District Court in Lod, Israel, a $20.8 Million lawsuit against EL AL, on the grounds that the carrier’s “brutal behavior intentionally caused a successful business to collapse, the loss of millions of dollars of investment capital, the loss of tens of millions of dollars of potential future revenue, and caused US Bank to cancel the HAS partnership and absorb HAS’s 30,000 cardholders into the banks’ standard card program. All of this was in violation of specific agreements between the parties, and constituted an extreme breach of good faith as well as renunciation of agreements.”

Incidentally, in looking for ways to cover the high costs involved in litigation overseas, HAS reached out to First Libra, an Israeli Fund specializing in financing legal claims. The Libra Fund investment committee (composed of retired district court judges) examined the HAS suit carefully and approved its funding—and so, according to HAS, the suit is being fully funded by the Fund and HAS’s investors.

The claim refers to the period between 2012 and 2014, in which EL AL’s current CEO, David Maimon, served first as the VP of Commercial & Industry Affairs and later as the CEO, acting on EL AL’s behalf during the negotiations.

Established a decade ago by Dobuler and a group of pro-Israel investors, HAS’s mission was to market a unique credit card that would link consumers to Israel by supporting Israeli charitable institutions, purchasing blue and white products and promoting tourism to Israel.

Dobuler arrived in Israel with his family from Far Rockaway, NY, in 1990. In 2003 he returned to New York to create HAS, which was launched in 2005. HAS maintained offices in Long Island, NY as well as in Jerusalem, and in 2010 Dobuler returned to Israel with his family and managed HAS out of the Jerusalem office. At the time, the scope of investment in HAS reached $8.7 million.

In 2005, HAS partnered with US Bank and Visa to launch the HAS Advantage Visa® Rewards card. Cardholders earned points redeemable in 14 reward categories, and HAS donated a percentage of every purchase to its 24 partner Israeli charities, totaling almost $1 million. Cardholders could choose between card designs of the Kotel or the American and Israeli flags. Members earned double points in more than 140 locations across the US, including at more than 30 of the largest US Kosher supermarkets, and received discounts at more than 50 leading restaurants when visiting Israel.

According to Dobuler, in 2005, HAS and EL AL signed a point transfer agreement allowing HAS members to transfer their HAS points to EL AL in exchange for payment from HAS. This feature quickly became one of the main components of the card and at 56,000 points, HAS Advantage became the most attractive bonus ticket in the market to Israel.

In short order, Dobuler says, HAS became a success story. Since 2005, the company’s 30,000 customers spent more than $1.5 Billion using the HAS Advantage card. Since 2006, HAS purchased almost $12 million in Matmid (frequent flyer) points from EL AL.

In July 2012, Dobuler says he was approached by the manager of El Al’s Matmid department, Lior Tanner, who told him that EL AL was seeking to enter into a joint venture with HAS to launch a joint credit card using the HAS infrastructure as the basis for the program.

The parties entered into a negotiation that ended in June, 2013. In addition to splitting profits 50/50, HAS committed to purchasing $26 million in Matmid points in the first 5 years of the 10 year deal, pre-pay $10 million for Matmid points, and commit to a minimum profit to EL AL of $6 million in the first five years, according to Dobuler.

In mid-August, Dobuler says, EL AL was negotiating with Diners Club to launch an EL AL credit card in Israel. The parent company of Diners Club is Discover Bank. EL AL informed Discover that it had an agreement with HAS to launch a credit card in the US with US Bank. In response, Discover immediately requested to propose on the deal as well.

Dobuler says Tanner asked him to represent the sides in negotiations with Discover, based on the terms of the joint venture, and Dobuler agreed. On Oct 30, 2013, Dobuler claims he received a final Discover proposal, which was very attractive and the sides estimated it was worth $52 million in profits over 10 years, split 50/50.

But three weeks later, Dobuler says his life changed forever, when he received an email from Tanner stating that HAS and EL AL now need to negotiate the percentage going to HAS in the Discover deal. In other words, EL AL did an about face over the already agreed upon terms of the joint venture and wanted to substantially lower HAS’s share. Dobuler claims EL AL threatened that if HAS didn’t agree to the new terms, it would take the Discover deal for itself and leave HAS out of the deal completely.

After weeks of abuse and breaches of agreements by EL AL, according to Dobuler, and knowing that it would be almost impossible to receive the Discover offer without HAS, EL AL moved to finally demolish HAS, hoping for the Discover deal to go through while HAS went bankrupt.

According to the lawsuit, EL AL threatened to stop all of HAS’s point transfers by bringing up an old $740,000 disputed debt from December 2012 that was due to be settled upon signing the joint venture agreement.

The HAS lawsuit claims that the disputed debt was created by an EL AL breach of contract, saying EL AL sent an unauthorized Matmid special to HAS members which exponentially increased HAS’s monthly payment to EL AL. Before the special went out, HAS says it went on record opting out of the special, which the credit card service says was well within its contractual rights based on its 2005 contract with EL AL. However, HAS argues that even though it had opted out of this special 6 years in a row, EL AL breached the HAS agreement by sending out the special, leaving HAS to pay the bill—according to the plaintiff.

When EL AL saw HAS’s rejection of the bill, which would have made it difficult to collect, the plaintiff alleges, EL AL reportedly offered that HAS pay the bill upon signing the new joint venture. HAS claims it accepted the offer and agreed to pay the bill—within the context of a joint credit card partnership worth $52 million.

Dobuler alleges that once EL AL had decided to breach its agreements with HAS and pressure it for a greater share of the ownership, it dug up the old disputed debt as leverage and demanded immediate payment, contrary to the earlier agreement between the sides.

“Once EL AL intentionally collapsed HAS, three invoices which were coming due in the near future (and which HAS was not late in paying) obviously couldn’t be paid,” Dobuler claims. “These invoices totaled $1.1 million and together with the other ‘disputed’ debt totaled approximately $1.8 million. So after almost a decade of a perfect payment history, EL AL proclaimed that it cancelled the HAS contract because of a $1.8 million debt—which HAS was happy to pay if only EL AL would honor their contractual obligations.”

Dobuler says that, at the same time, EL AL was repeating its demands to amend the terms of the deal in its favor and to expel HAS from the joint venture. After EL AL had stopped all point transfers from HAS customers, it notified US BANK that HAS was defaulting on payments and even offered US Bank direct transfers without HAS. In response, the bank immediately announced the nullification of its contractual arrangements with HAS and absorbed all 30,000 HAS members into a standard US Bank rewards program. This blocked HAS’s efforts to try and find an alternative airline partner. From here, after almost a decade of a perfect payment history, the road to HAS’s destruction was short and painful.

“The claim was received by El Al, which will relate to it in the appropriate courts.

“It should be noted that El AL and HAS Cooperation indeed collaborated in the past in connection with the purchase of frequent flyer points (the Matmid Club), but the cooperation was violated unilaterally by HAS, which still owes El Al about $2 million, which El Al is endeavoring to collect. Since then, HAS has been in default and, unfortunately, it seems that HAS finally realized that “the success story of its marketing” was unsuccessful, and is now trying, with the assistance of an investment fund and other investors, to create a “success” marketing story of a different variety — on the legal side, which, no doubt, will also turn out to be a failure.” 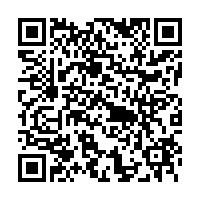