Israeli security forces reportedly have arrested nearly 100 suspected right-wing extremists, some of whom still are being questioned and face indictments, according to a Facebook page called in Hebrew “All of Us Are with Prisoners of Zion.”

The Facebook post also asks for donations. It listed the first names of the suspects and asked supporters to pray for their release.

The government and security forces have been on the offense this past week following the posting of a “hate wedding” in which dozens of celebrants at a wedding of two known right-wingers are seen hoisting a firebomb, knives and weapons in the air.

In the clip, one person stabbed a photo of the Arab baby killed in the arson-murder in Duma nearly three month ago. Several suspects have been arrested, and the Israel Security Agency (Shin Bet) has vehemently denied allegations of torture.

Indictments reportedly may be filed as early as mid-week.

The wedding party video shocked the country and has been denounced by almost every right-wing leader, but leftists such as Meretz leader Zahava Gal-On and former Shin Bet director Carmi Gilon have taken the opportunity to tar Orthodox Jews, settlers and right-wing rabbis with the same brush.

The leader of Meretz has asked the attorney general to investigate rabbis supporting the extremists, although no rabbi has publicly endorsed them or their actions. Ynet on Friday published a video of one rabbi who said that Arabs, and not Jews, were behind the attack in Duma that murdered the parents and their baby.

However, the video was undated, and several right-wingers, including journalists not associated at all with extremists, raised the theory shortly after the arson attack, mainly because it occurred in the middle of Duma and not at the edge of the village.

Gal-on ignored a public statement on Friday signed by 47 rabbis who expressed support for the Shin Bet in the investigation of the suspects.

Gilon dug out the libel from the days after the Rabin assassination, when Orthodox Jews, settlers and rabbis were blamed for inciting the murder of the late Prime Minister.

We’re at a worse point than before the assassination of Rabin. [A terrorist underground] aims to destroy the Jewish, democratic state of Israel.

The Shin Bet said last week that the aim of the terrorists is indeed to revolt and name a king, but there is no indication of any significant support for them any more than there was any widespread incitement to murder Rabin. 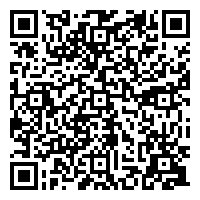