The basketball center on Wednesday received his new Israeli identity card at a ceremony held at the Ministry of the Interior in Jerusalem. The ceremony was attended by Interior Minister Aryeh Deri and Jerusalem Mayor Moshe Leon.


Stoudemire has been on a spiritual journey in Israel to trace his “Hebrew roots,” and has adopted the Jewish name Yehoshafat. He is learning Torah and Hebrew, and has previously inked a Star of David tattoo on his body. 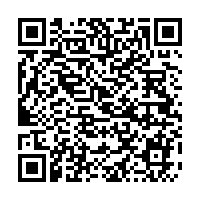