Israeli Prime Minister Benjamin Netanyahu said Israel conducted dozens of strikes in order to prevent weapons from being transferred to the Hezbollah terror organization. His remarks came during a Monday tour of a military drill near the Syrian border.

Netanyahu’s statement officially confirmed previous reports attributing to Israel multiple airstrikes against targets in Syria and Sudan. The airstrikes, in which the Israeli government has officially declined to confirm or deny its involvement, reportedly hit military convoys in Syria carrying advanced surface-to-air missiles intended for Hezbollah.

“We act when needed, including here across the border, with dozens of strikes in order to deny Hezbollah game-changing weapon,” Netanyahu said, adding, “We also act in other fronts, both near and far, but we do this sensibly.”

The Prime Minister was visiting the Golan Heights just across from the Syrian border, where reservists of the IDF Paratroopers Brigade are currently undergoing a military drill. Netanyahu spoke about the military challenges and threats faced by Israel.

“We have the Islamic State (ISIS) and Hezbollah across the borders, we have Hamas and the Islamic Jihad in Gaza, and we have global jihad and Islamic State members in the Sinai,” he said. “We are proud that in the midst of all this turmoil in the Middle East, we have succeeded in preserving relative calm and security in Israel.”

“We can see nations and states being eradicated in the surrounding chaos, and we cannot expect anyone to come and help us,” Netanyahu said. “If we have learned something, it is that we have to be able to defend ourselves on our own. This is our country, we need to defend it and nobody will defend it except us.”

An airstrike in Damascus killed multiple Hezbollah militants last December, including Samir Kuntar, a terrorist who brutally murdered a 4-year-old Israeli child and her father in 1979 but was eventually freed from an Israeli prison in a prisoner swap deal. Hezbollah blamed Israel for the assassination, a charge the Israeli government neither confirmed nor denied.

While serving as opposition leader in 2007, Netanyahu told an Israeli journalist that he had “personally” congratulated then-Prime Minister Ehud Olmert for having bombed a Syrian nuclear reactor, a strike which the government refused to confirm. The remarks stirred controversy as sources close to Olmert criticized Netanyahu’s “slip of the tongue.” 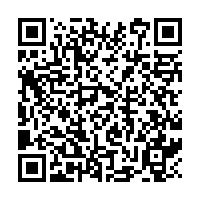