Prime Minister Benjamin Netanyahu told a meeting of the Jewish Agency Board of Governors that sanctions alone will not stop Iran, as evidence by North Korea’s continued nuclear program, the Jerusalem Post reported.

Only if sanctions are backed by “credible military threat” will there be a chance that Iran will peacefully halt its nuclear program, Netanyahu said.

U.S. President Barack Obama has repeatedly stated that “all options are on the table” when it comes to stopping Iran, though he has indicated that U.S. has a different time table than Israel when it comes to resorting to the use of force.

Furthermore, various statements by administration officials, Obama’s refusal to set publicly set a red line for when the U.S. might use force, and the nomination of Chuck Hagel who in the past opposed applying sanctions against Iran, have left room to doubt whether Obama is indeed ready to use military force against Iran if necessary. 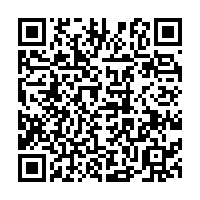