I am shocked over this reprehensible and horrific act. This is an act of terrorism in every respect.

The State of Israel takes a strong line against terrorism regardless of who the perpetrators are.

I have ordered the security forces to use all means at their disposal to apprehend the murderers and bring them to justice forthwith. The Government of Israel is united in its strong opposition to such deplorable and awful acts.

On behalf of the citizens of Israel, I would like to share in the sorrow of the family of Ali Darawshe and wish a quick recovery to the family members who were injured.” 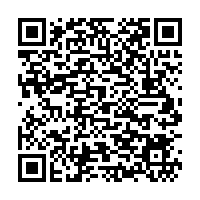