According to Ma’ariv‘s Mazal Mu’alem, Prime Minister Benjamin Netanyahu, whose father passed away this morning, will nevertheless start talks this week with the leaders of his coalition partners to reach an agreement on a date for a “lightening speed” election. Netanyahu is interested in setting the earliest possible date, which would be August 14, or, at the latest, September 4.

The pretext for going to the President to request a general election before this government’s term ends will likely be the controversy surrounding legislating an alternative to the Tal Law, which was struck down by Israel’s Supreme Court largely because it had failed to improve in a timely fashion the state of Haredi enlistment to the military.

But sources in the Likud suggest that the decision to seek an early election began to take shape with in November of last year, when Netanyahu was beginning to climb in the polls, following the Shalit deal.

Netanyahu must be perceiving that his popularity is peaking right about now, and that the time to capitalize on it is now, before his two main oponents, Shaul Mofaz of Kadima and the Independent Yair Lapid had the time to organize and deny the Likud a 30+ seat count. 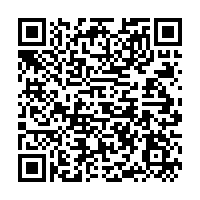