(KIEV, UKRAINE) – Amidst a period of widespread social and political changes which have swept the globe in recent months, a delegation of top religious leaders from the Muslim, Jewish, Christian, and Buddhist faiths met in Kiev over April 25-26 to discuss the developing role of religion during these dramatic times.

With phenomenon such as the ‘Arab Spring’ and flaring economic crises pushing global affairs into new realms, many observers are questioning the position that religion holds in effecting these changes. To address this pressing issue, the Kiev Interfaith Forum, supported by the Ukrainian Jewish Committee and the Institute of Human Rights and Prevention of Extremism and Xenophobia, presented the outlooks of some of the world’s most distinguished clerical and cultural leaders within the framework of a conference titled Global Winds of Change: Religions’ Role in Today’s World & the Challenges in Democracies and Secular Societies.


Hosted by Ukrainian Member of Parliament and President of the Ukrainian Jewish Committee Oleksandr Feldman, conference sessions took place at the Intercontinental Hotel and the Ukrainian Parliament. According to MP Feldman, the program explores issues of importance to the global, religious community: “Today, perhaps more than ever before, organized religion is facing major challenges in understanding its place in shaping the course of international events. This faith-inclusive conference helps enable us to better understand global conditions and forces at work with the aim of fostering unified responses by the religious community with an eye toward what the future may hold.”

At a special session held in the Parliament of Ukraine, Speaker of the Verkhovna Rada Volodymyr Lytvyn said, “I don’t want to see a situation where certain religious groups turn into political parties since politicians can exploit a pervasive ‘with us or against us’ mentality. I am therefore prepared to support legislation which fosters improved relations between faiths and religious denominations throughout the country.”

Included in the program was a panel featuring international hip-hop artist Shyne, known for successfully pursuing a career in music while embracing the lifestyle of an ultra-orthodox Jew. “Shyne’s story is reflective of religion in modern society by demonstrating how faith can co-exist – and even flourish – with almost any medium and how one can thrive in the professional arena without compromising one’s personal value system,” commented MP Feldman. “He is an inspiration to young people throughout the world.”

The two-day program explored numerous facets which focused on the intersection between religion and contemporary society. The conference welcomed the participation of numerous leading public figures from around the world including His Most Godly Beatitude Teophilos III, the Patriarch of Jerusalem, Dr. Mohammed Shujauddin Shafi, of the Muslim Council of Britain and Avraham Burg, former Speaker of the Knesset of Israel, among many others. Various media personalities spoke at the event, including Izzy Lemberg, former Senior Producer for the CNN Bureau in Jerusalem, and Boris Lozhkin, CEO of Ukrainian Media Holding. 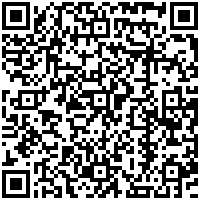