Prime Minister Binyamin Netanyahu and his wife Sara visited the Great Wall of China on Thursday, allowing him to make the obvious comparison with Israel’s security fence, dubbed by leftists as the “Apartheid Wall.

Unlike the Chinese Great Wall, the “wall” in Israel extends less than 10 percent of the total length of the fortification, the rest of which is a fence.


“Just as the Chinese defended themselves by barricading themselves behind the Great Wall, so to will we [Israel] fortify ourselves along the southern border, the Golan Heights and all fronts,” the Prime Minister said during a brief stop and photo opportunity during his five-day trip in China.

He said the Great Wall inspired him as Israel built the security fence along the southern border with Egypt.

Prime Minister Netanyahu has concentrated on trade and economics with China during his visit. Chinese leaders and the Prime Minister have signed a series of trade and cultural agreements since he landed on Sunday. 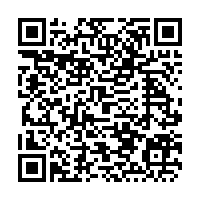