Sometimes, a woman just feels more comfortable if she is surrounded by women at certain vulnerable times. Even if her husband is with her.

Now for the first time ever, a new emergency medical service for women only, by women only, has begun ambulance service in the Boro Park neighborhood of Brooklyn, New York.


The neighborhood is home to a high concentration of Chassidic Jewish families, where most women do not feel comfortable being treated by men in the ambulances, even Jewish ones.

And up to now, the Jewish Hatzoloh emergency medical service has refused to allow women to serve on its crews, even under really awkward circumstances when pregnant women are in labor or actually about to give birth. Many women have complained about that situation for years. Qualified Jewish religious female emergency medical technicians (EMTs) have offered to work on Hatzoloh ambulances as well, but all have been turned away.

Finally, someone has done something about it.

“It was a real challenge to establish this organization, said founder Rachel Freier. “But all the volunteers underwent extensive training and we are on our way. The women are being treated by women, so they feel more comfortable.”

So far, the organization is operating with 40 volunteers who are fully trained. Due to lack of financial resources, however, the group does not yet have its own ambulance, so they have reached an agreement with a private ambulance company. 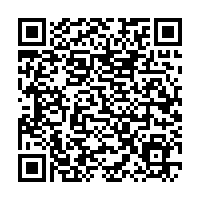