Intel unveiled its new “made in Israel” 802.11ax WiFi chip on Tuesday at the CES consumer electronics show in Las Vegas.

The new chip is expected to provide a speed 40 percent faster than the current peak in transmitting data to a single customer’s device, while improving the average supply to users by at least fourfold in a dense and crowded environment, according to a statement by Intel Wireless Infrastructure Group general manager, Smart & Connected Home Division Doron Tal.


“It also makes networks more efficient and extends the life of customer device batteries,” he said, according to Globes.

The chips are to be used in household routers and cable communications gateways, xDSL, consumer fiber optics and devices for consumers.

Programs based on the older technology will be able to upgrade to the 802.11ax chip series without changing the host processor, the company said. Adaptation will be offered for older technologies to support a range of customer devices. 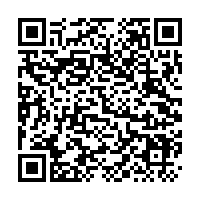