After the police blocked the conference, which was scheduled to take place at St George Hotel in eastern Jerusalem, conference organizers tried to move the session to a venue on Nablus Road, but police blocked that gathering, too.

Halevy cited Section 69 of the 2016 Anti-terrorism Law, which “empowers regional police commanders to issue decrees to prevent activities by or in support of terrorist organizations, including organizing meetings, marches, or training.”

Israel has designated the DFLP, a member group of the Palestine Liberation Organization (PLO), a terrorist organization.

The DFLP was responsible for several notable terrorist attacks in Israeli history, including the infamous attack at a high school in the northern city of Ma’alot in May, 1974 in which 25 Israeli civilians were murdered, many of them children. 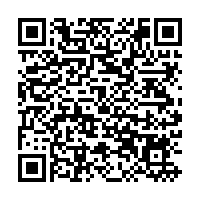