Incoming US Ambassador to Israel David Friedman plans to live in Jerusalem, in his personal apartment he owns in Talbieh neighborhood.

Previous US ambassadors have lived in the official residence in Herzliya. In general, they were also not permitted to cross over the 1948 Armistice line (the Green Line), which includes visiting the Kotel.


Friedman, an Orthodox Jew from New York, is known as a Zionist and an ardent supporter of Jewish communities in Judea and Samaria. He’s also likely to visit the Kotel.

In an amusing exchange between President Donald Trump and Senator Charles Schumer, as Trump was signing off on the appointment of Friedman as ambassador to Israel, Trump asked Schumer if he knew Friedman, to which the latter replied that he never met him. 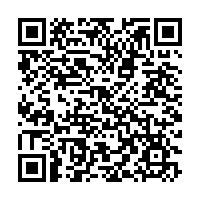