(JNi.media) Amnesty International issued a report Wednesday saying there is “strong evidence” the IDF committed war crimes in Gaza in its attempt to release Lt Hadar Goldin, a soldier kidnapped by Hamas last summer, during the Gaza war. The report says at least 135 civilians were killed in Rafah, as Israel employed a “‘gloves-off’ policy with devastating consequences for civilians.” The soldier was later declared dead.

NGO Monitor has posted 10 questions that Amnesty should answer about its Rafah report, “Gaza Platform” (which forms the basis for Amnesty’s Rafah publication), and partnership with other anti-Israel political advocacy NGOs:


1) Amnesty’s Gaza Platform has been exposed as having numerous basic factual mistakes – the result of simply copying, without independent verification, allegations from Al Mezan and Palestinian Center for Human Rights (PCHR). Did Amnesty change its methodology or anything else before preparing this publication?

2) Why is information on the terror affiliations and combatant status of the “three health care workers” dismissed in the report and not included in the Gaza Platform (Event ID #3011 and again in Event ID #3016). All three were members of Islamic Jihad, making Amnesty’s legal claims specious. Why does Amnesty attribute the “war crime” to Israel, and not the Palestinian groups? Likewise, why are we not told that Abdullah Nasser Fahajan (Event ID #2963), described as a “photojournalist,” was an operative in the Izz al-Din al-Qassam Brigades?

3) Why didn’t Amnesty corroborate the information provided by NGOs and repeated uncritically in the report and the Platform? Is it because Amnesty does not have the capacity to verify the claims?

4) How can Amnesty be taken seriously as providing credible and objective information when those responsible for this project and other “research” into Israel are Palestinian movement activists and adherents to the anti-Israel BDS movement? Why does Amnesty violate the most basic principles of fact-finding in this project?

5) Why are there many entries in the Platform concerning “Black Friday” with wildly divergent details? For instance, Event ID #3072 and Event ID #3079 provide contradictory narratives from Al Mezan and PCHR on essential details such as number of deaths and ages of victims.

6) Why does Amnesty’s database double-count victims, falsely inflating the casualty count? (Entries mentioned above, as well as #2422 and #2345, for example.)

7) Why does Amnesty erase Hamas’ tactic of illegally embedding in civilian areas and exploiting infrastructure such as hospitals and mosques, further endangering civilians?

8) Why doesn’t the Amnesty report include incidents of Hamas war crimes in Gaza, in particular since Amnesty has already issued publications alleging the torture and execution of “collaborators” and indiscriminate rockets (which killed civilians in Israel and in Gaza)?

9) Why does the Amnesty report erase information from individual incidents that shows that Israel was targeting military objectives?

10) What is the military expertise of the people who worked on the report? Who are the military experts at Al Mezan and Palestinian Center for Human Rights and other NGOs, who were used extensively throughout the report and have apparently been given full reign to update the Platform? 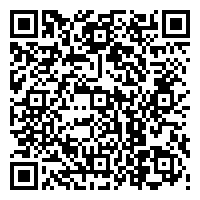