11:40 PM – Defense Minister Ya’alon has ordered a full curfew around the Hebron region and the Gaza crossings starting tonight.

—
Settlements throughout Judea and Samaria have announced that no Palestinian Unity Government Arabs will be permitted in to work on Sunday.

Among the settlements and regions that have already announced they are banning workers from the terror state are: Gush Etzion, Efrat, Beit Arieh, Karnei Shomron, Beit-El, Emanuel, Kedumim, Har Hevron, Kiryat Arba-Hebron, Elkana and Mateh Binyamin.

Moetzet Yesha has asked all settlements to comply in the hope that it will put pressure on the population of the Palestinian Authority to work towards to release of the kidnapped children.

Minister of Building and Construction Uri Ariel announced that the government will not be granting 5000 additional work permits, for work in Israel, that were supposed to be approved on Sunday for citizens of the Palestinian Unity Government.

Ariel said, “At a difficult time like this when we are busy with prayers for the return of our childre, that were kidnapped from those who came out of the Palestinian Authority’s territory, there’s no place for a decision for permission [for permits]. We’re all holding hands of our IDF soldiers and security forces and praying for good news, quickly.” 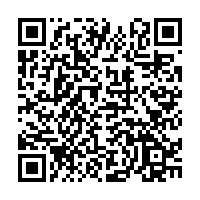