President Barack Obama has invited his newly elected Egyptian counterpart Mohamed Morsi to visit the US for an official visit in September. Deputy Secretary of State William Perez said he delivered this message during his meetings with Morsi on Sunday.

This will be the first visit ever to the US by a Muslim Brotherhood member in an official capacity.

Obama congratulated Morsi after his victory in Egypt’s first-ever free presidential elections. Obama also confirmed the U.S. commitment to democratic development in Egypt and to its the economy, offering American support.

One of the issues Morsi is certain to bring up as part of the preparation for his visit, would be his pledge to seek the release of Sheikh Omar Abdel-Rahman from U.S. custody.

Sheikh Abdel-Rahman, better known as the “blind sheik,” is serving a life sentence at a federal penitentiary in North Carolina for his role in planning the 1993 bombing of the World Trade Center in New York City.

The WSJ’s Matt Bradley reported that the Sheikh’s detention “has become a cause célèbre among hard-line Salafi Islamists” who pushed Morsi over the top in his runoff against former PM Ahmed Shafiq.

Sheikh Abdel-Rahman is the leader of the Egyptian terrorist group Al Gama’a al Islamiyya, accused of masterminding the assassination of Egyptian President Anwar Sadat. The blind sheik managed to leave Egypt unscathed after the assassination, and moved to Afghanistan, where he joined with Osama bin Laden.

In 1990, Sheikh Abdel-Rahman moved to New York where, in 1995, he was convicted on charges of “seditious conspiracy” in connection with the Trade Center bombing. 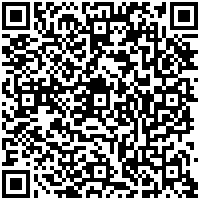