Prime Minister Binyamin Netanyahu revealed this morning at a conference with ambassadors from foreign countries that Oman and “Sultan Qaboos bin Said al Said, will allow El Al to utilize the country’s airspace,” to shorten flight time from India.

The prime minister added that the relationship between Israel and the Gulf States is growing. 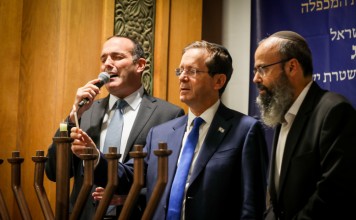