A woman was wounded on Shamgar Street in Jerusalem, near the Osher Ad supermarket, in a second terrorist stabbing attack in Jerusalem on Sunday morning, just after 10 AM.

Seeing the attack, a passing bus driver jumped from his bus, pulled the wounded woman onto his #418 bus and drove her away to safety.

The Arab terrorist then fled into a building construction site in the former Tnuva complex, in the Jerusalem Romema neighborhood, and security forces began searching the very large area.

Update: A suspect believed to be the terrorist has been captured in one of the building sites, after an hour long search.

The suspect, a 17.5 year-old-man from the PA territories has connected himself to the attack. Two additional Arabs from the PA were discovered in the building and also arrested.

The wounded woman, a foreign resident in her 30s, is in moderate condition with a knife wound in the back, and has been transported to Shaarei Tzedek hospital. 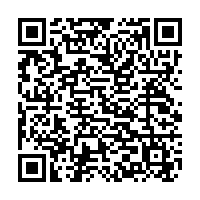