(JNi.media) Lesley Klaff, senior law lecturer at Sheffield Hallam University, says the disproportionate attention given the Israeli-Palestinian conflict by the BBC, and the anti-Israel bias of its reports suggest it is “institutionally antisemitic.” Speaking on how British media coverage of Israel affects British Jews, Klaff described at a forum organized by BBC Watch earlier this month at Finchley United Synagogue in north London a BBC radio, television and online effort to skew news reporting in favor of the Palestinian point of view. She cited one glaring example in a BBC website headline that followed the murder of two Israeli Jews by an Arab terrorist at Jerusalem’s Lion’s Gate, which read: “Palestinian shot dead after Jerusalem attack kills two.”

BBC Watch, an affiliate of the Committee for Accuracy in Middle East Reporting in America (CAMERA), is dedicated to the promotion of accuracy and impartiality in the BBC’s coverage of Israel. “Three years of daily monitoring of BBC content has produced a wealth of documentation that is relevant to the charter review process,” writes BBC Watch Managing Editor Hadar Sela.


“Analysis of BBC content has raised concerns, including one about the accuracy of reporting,” Sela writes, in typical British understatement. “One recent example was the promotion of the false notion that the Israeli government intended to change the status quo on Temple Mount, broadcast on BBC World Service radio on September 13 by BBC in Arabic’s Nawal Assad. She told millions of listeners: ‘The Israeli government seems like it’s going towards a situation where there would be shared times of prayers in that area which Muslims consider to be their third holiest mosque.’”

Klaff, for her part, argued that “the BBC plays a significant role in the creation and or maintenance of negative attitudes towards British Jews,” and cited studies from the Community Security Trust and the All-Party Parliamentary Group Against Antisemitism which show a correlation between media coverage and antisemitic incidents during the Gaza war of 2014.

Chairman of UK Lawyers for Israel Jonathan Turner asked the forum audience members to raise their hands if they had ever made a complaint to the BBC, and just everyone in the room—500 Jews—raised their hands. The panel appealed to the audience to write to their MPs and to John Whittingdale, Secretary of State for Culture, Media and Sport, urging them to use the BBC Charter Review to make the server honest in its treatment of Israel 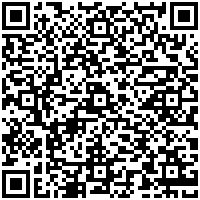