An Arab teenager from Hebron tried to stab an IDF soldier at a Hebron checkpoint on Saturday, after she aroused his suspicions.

The soldier asked the 17-year-old woman to show him what was in her bag, at which point she pulled out a knife and tried to stab him.


The soldier was lightly wounded.

The soldier succeeded in pushing the woman away, and she collided with another Arab civilian, also from Hebron, who apparently tried to grab her and stop her terror attack.

The terrorist then proceeded to stab the Arab man, wounding him moderately.

At which point the soldier shot and killed the terrorist.

The woman’s family reportedly has ties to Hamas.

The wounded Arab man was transported to Sharei Tzedek hospital for treatment. 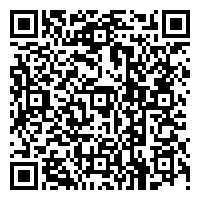