The incident occurred when two Palestinian Authority Arabs infiltrated Israel from a point near the Metzudat Adumim base. A third Arab was waiting for them on the other side of the security fence.


A police lookout spotted the two as they infiltrated and got into an Israeli vehicle, according to Jerusalem police. The car was waiting for the pair near the al-Zaim checkpoint. It headed towards Jerusalem as soon as they closed the door.

The lookout notified Border Guard Police units in the area, and as they neared Metzudat Adumim one unit began the chase. The vehicle got caught in a traffic jam near the Metzudat Adumim junction.

Three Border Guard police exited their vehicle and approached on foot; the suspects jammed the car in reverse, hitting the car behind them. The car then drove straight at the officers “who were in immediate and tangible danger” and opened fire at the vehicle. The car kept driving, over the barrier and made a U-turn, heading back towards al-Zaim.

The Arab suspects, meanwhile, soon found they were blocked by a second Border Guard Police jeep. The fleeing Arab vehicle slammed into the jeep, hard, and stopped. 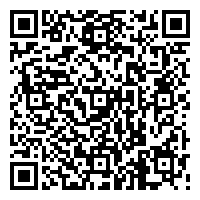