Operation Dove’s Wings commenced on Monday, with arrival of some 240 Olim from Ethiopia, half of them children, on the first charter flight. The flight was organized by the Jewish Agency for Israel, pursuant to the July government decision to increase the rate of Ethiopian Aliyah, in order to complete the immigration of the remainder of the Falash Mura to Israel.

The ceremony at Ben Gurion airport took place during the Jewish Agency’s Board of Governors, which is taking place this week in Tel Aviv, with Jewish leaders from Israel and around the world.


On July 2012, the government of Israel decided to increase the rate of Aliyah from Ethiopia in order to complete the process as quickly as possible. It was decided to reopen the Jewish Agency’s Ibim Absorption Center at the Sha’ar HaNegev Regional Council, which will be able to accommodate up to 600 of the Falash Mura.

Immigrants arriving from Ethiopia will also be housed in 16 Absorption centers around the country, run by the Jewish Agency and the Ministry of Immigrant Absorption. In order to facilitate absorption of the new immigrants, Jewish communities around the world and the International Fellowship of Christians and Jews have raised $3 million, in addition to $1.5 million invested by the Ministry of Immigrant Absorption.

Operation Dove’s Wings is expected to be completed by October 2013, with the arrival of the remainder of eligible Falash Mura, who have been waiting in Gondar. The Jewish Agency for Israel has been operating a community center in Gondar, headed by Asher Sium, to provide services for the waiting Olim. The center provides a comprehensive range of social services with the support of the International Fellowship of Christians and Jews. These include preparation classes for Aliyah run by a group of volunteers, humanitarian assistance, and catering services. The center also runs a school which includes Hebrew and Jewish studies, as well as the regular curriculum of the Ethiopian Education Ministry.

Chairman of the Jewish Agency for Israel Natan Sharansky said at the ceremony: “What a miracle. I just met a brother and a sister who were reunited today after 25 years. Well, we the Jewish people have just been reunited after 25 centuries. When Ethiopian Jewry left Israel, there was no Hannukah. Now we can celebrate both Hannukah and Yom Haatzmaut together. Together we are writing the last page of the history of Ethiopian Jewry. We are now bringing all of our brothers from Africa to Israel. This is happening thanks to the State of Israel, world Jewry and our Christian allies.” 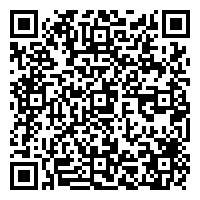